Alice Lloyd College is a private, four-year, co-educational, non-denominational, liberal arts college operating on Christian principles.  It is one of only seven work colleges in America, and it is one of only three of the work colleges to guarantee the full cost of tuition.  In addition to providing our students with a bachelor’s degree, the College also financially assists its alumni at post-graduate schools through our Caney Scholars Program (we have 63 alumni participating in the Program this year).  No other school in the United States is as committed to its students as is Alice Lloyd College.

Alice Lloyd College focuses on low-income and first-generation students; so, the majority of our students come from low-income families.  More than fifty percent of our incoming freshmen this year qualify for PELL Grants, and 28% reported annual family incomes below $3,000.  In our 2017 graduating class, 57% of our graduates indicated that they were the first in their families to receive a bachelor’s degree.

The College neither solicits nor receives direct support from the federal, state, or local government and must rely on private gift income.   Thanks to foundations like the Snowy Owl Foundation, Inc. which have helped provide scholarships for needy students, young people who just possibly might not have been able to receive a higher education due to financial difficulties are given an opportunity to improve the quality of their lives.  Too, the Foundation’s grants for our general operations, and most recently toward furnishings for our new Campus Center which is currently underway, have helped the College to move forward in its efforts to meet the ongoing needs of our mountain youth. Through the Foundation’s support, we have been able to offer our students a character-based education and prepare them to compete with the best as they seek employment in their fields.  Our region has benefited strongly, and will continue to do so, from the services and leadership our graduates will/and have provided in their communities.  Thanks to Foundations like the Snowy Owl Foundation, Inc. who help to make our work possible. 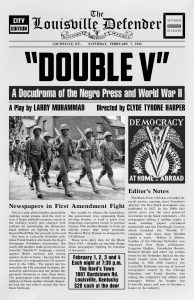 Thanks to the generous support of Snowy Owl Foundation, Cisco Montgomery Inc., a theatre arts 501c3, kicks of Black History Month 2018 with a double bill of riveting African-American dramas. They are:

“DOUBLE V”, a docudrama based on the life of Louisville Defender publisher Frank Stanley, involves a crusading black newsman during World War II who helps persuade President Harry Truman to desegregate the US military.

DERBY MINE 4 addresses safety concerns relevant to the Kentucky Darby LLC mine disaster near Harlan that left five miners dead in 2006 and features an African-American miner, rare in today’s coal industry, who rescues colleagues trapped underground by a methane explosion.

There are four performances with an audience of around 200 people, and here is how the project impacts the broader community. 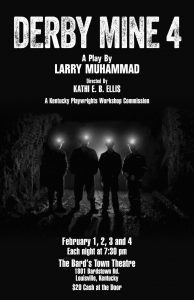 EDUCATION: The plays engage, amuse and delight but also educate audiences, teaching the important war-time history of the African-American press (“DOUBLE V”) and reflecting on contemporary mining life as the coal industry declines (DERBY MINE 4).

The charitable contribution from Snowy Owl Foundation makes this all possible.

Thanks to the support of the Snowy Owl Foundation, we were able to add staff capacity (a 15 hour/week administrative assistant). This expanded capacity enabled us to:

Kentucky by Design: Material Culture, Regionalism, and the New Deal 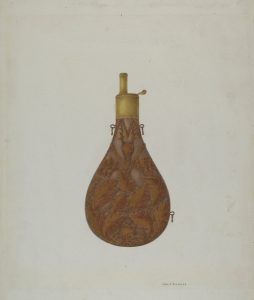 Due in large part to the generosity of the Snowy Owl Foundation, the Frazier History Museum was honored to Present Kentucky by Design: Material Culture, Regionalism, and the New Deal from August 4, 2016, through February 12, 2017. The exhibition celebrated the 80th anniversary of the Federal Art Project’s Index of American Design, part of President Franklin D. Roosevelt’s Works Progress Administration (WPA)/Federal Art Project during the Great Depression of the 1930s. Over 400 artists were provided desperately-needed work by documenting the American material culture of the 1800s in watercolor renderings.

Kentucky artists contributed more than 200 watercolors documenting decorative and folk arts found throughout the States. The exhibition, Kentucky by Design, showcased 20 original watercolor renderings and 17 facsimile renderings of decorative and material culture objects from Kentucky, paired with 86 objects and artworks depicted in the Index. The cost of attaining and presenting the 20 original watercolors from the National Gallery of Art in Washington, D.C. was made possible due to the outstanding support of the Snowy Owl Foundation. 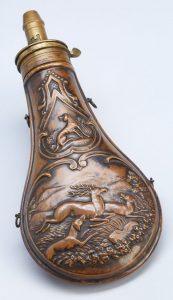 The Frazier views the exhibition, Kentucky by Design: Material Culture, Regionalism, and the New Deal, and its award-winning companion catalogue, Kentucky by Design: The Decorative Arts and American Cultures, as transformational steps of embracing its vision of becoming where the world meets Kentucky by examining the Index of American Design through a local lens. And, with its dedicated focus on decorative arts, the Museum can now position itself as a relevant scholarly cultural institution, demonstrating its strong commitment to regional art, culture, and history.

We are deeply appreciative of the Snowy Owl Foundation for making the exhibition a reality. Thank you for your vital support for this transformational project and your ongoing investments in our community, its art, culture, and people.