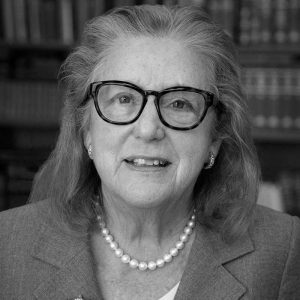 Nana Lampton is a life-long resident of Louisville, Kentucky. She earned a BA from Wellesley College and an MA in English Literature from the University of Virginia. She later graduated with a MFA from Spalding University in Creative Writing. She started working in 1966 with the American Life and Accident Insurance Company of Kentucky, which her grandfather founded in 1906. She is the current chairman and CEO of American Life and Accident, and Hardscuffle, Inc., its holding company.

An active business woman, Nana served on two companies listed on the New York Stock Exchange, Constellation Energy and DNP, for many years. Nana’s interests include urban development, historic preservation, land conservation, and the arts. Nana is currently a director for Yaddo, a national organization in Saratoga Springs, New York, which supports an artist’s residence program and the Atlantic Salmon Federation, both in the U.S. and Canada, which is an international board for the protection of waterways and the Atlantic salmon. She is a Trustee at Berea College and has served on many non-profit boards, including Shaker Village, Kentucky Heritage Council, and the Kentucky Historical Society. In addition, she has served as Honorary Consul to the Kingdom of Morocco in Kentucky. Painter and poet,  her fourth collection of poetry, Wash the Dust from My Eyes, was inspired by her grandfather’s diary as he trained for duty for World War I.

Nana Lampton lives on a farm in Goshen, Kentucky. 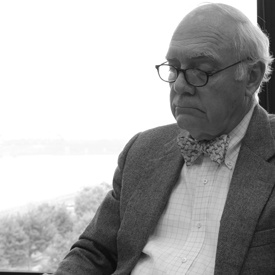 Bob is a lawyer who is Secretary and General Counsel of Hardscuffle, Inc.  He is an honors graduate of Centre College, was awarded an MA from the University of Pennsylvania in English Literature, and a JD from the University of Kentucky, from which he graduated with honors and where he was editor-in-chief of the Kentucky Law Journal.  After graduation from law school, he was an associate at White & Case’s New York office from 1977 to 1982.  Prior to joining Hardscuffle, he was a partner at Stites & Harbison for 30 years.  He is a Fellow of the Litigation Counsel of America and has been listed repeatedly in The Best Lawyers in America®, in Chambers USA’s “America’s Leading Lawyers for Business,” and in the Kentucky and Corporate Counsel Editions of Super Lawyers.  Bob is actively involved as a volunteer and is currently Chairman of the Snowy Owl Foundation, Secretary of the Ida Lee Willis Memorial Foundation, and serves on the Board of Shaker Village at Pleasant Hill where he chairs the Historic Preservation, Collections, and Museum Sub-Committee.  He is an Honorary Trustee of River Fields, Inc., and General Counsel of the Cultural Landscape Foundation where he serves on the Executive and Governance Committees.  He is the former Chairman of the Board of Governors of the J.B. Speed Art Museum, former Chairman of the Kentucky Heritage Counsel, former Chairman of Preservation Louisville, Inc., former President of The Episcopal Church Home, former Chairman of the Board of the Better Business Bureau of Louisville, and a former member of the boards of Preservation Kentucky and Yew Dell Gardens.  In 2015, Bob was awarded an Ida Lee Willis Historic Preservation Project Prize for his restoration of the 1802 Burch/Clarkson House in Meade County, Kentucky. 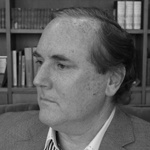 Jerry Gerichs is the President of Hardscuffle, Inc. and American Life and Accident Insurance Company of Kentucky.  He has over 37 years of experience in accounting and finance, including 10 years of public accounting experience with Coopers & Lybrand.  He graduated from the University of Kentucky with a Bachelor’s of Science degree in Accounting in 1980.  Having moved around a bit during his professional career, he considers Louisville home, and has been with Hardscuffle/American Life since 1999.

Kate LaJoie, Psy.D. is a clinical psychologist in Louisville, KY with a private practice treating young children through adults since 1999.  She graduated from Wittenberg University with a B.A. in Psychology.  Her Master’s degree in Clinical Psychology is from Western Kentucky University and her doctorate in Clinical Psychology is from Spalding University.  She completed her training at Louisiana State University Health Science Center for her internship.  Kate is a member of the American Psychological Association and the Kentucky Psychological Association.

A pharmaceutical sales representative since 2000, Caroline graduated from the University of South Carolina with a B.A. in French and studied two years in Paris, France. She is Secretary of the Glenview Garden Club, a member of St. Francis Episcopal Church, past board member of the Cancer Society and a Volunteer with Red Cross and Ronald McDonald House. Caroline is married with four children. 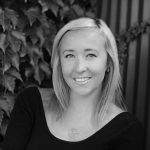 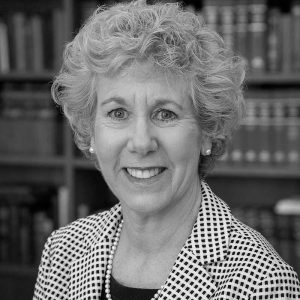 Jean has been involved in the financial services industries for over 30 years. She started her career with PNC Bank (formally Citizens Fidelity) in Louisville, Kentucky in various accounting functions, including Financial Analyst and Assistant Vice President of Information Services. Jean’s public accounting experience includes several years associated with PricewaterhouseCoopers, Ernst & Young LLP, and Cotton & Allen PSC specializing in tax compliance and research for medium and high wealth individuals. Jean returned to the banking sector as a Vice President with PNC Bank (formally National City Bank) as a financial planner for high net worth individuals. She is currently serving as the Assistant Secretary at Hardscuffle, Inc/American Life and Accident Insurance Company of Kentucky. A native of Cleveland, Ohio, Jean graduated with high distinction from the University of Kentucky with a B.S. in Accounting and earned her M.B.A. from Bellarmine University in Louisville, Kentucky. She is a member of the Kentucky Society of Certified Public Accountants. Jean’s passions include spending time with her family and travel. She also enjoys brisk morning walks, bridge, movies, and is an avid reader. 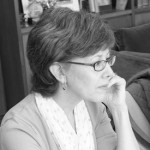 Julie Tirpak graduated from the University of Kentucky with a degree in Housing and Interior Design. Prior to joining Hardscuffle, Inc. as office assistant for Nana Lampton, she held marketing and design positions in local publishing companies. She provides administrative support for the Snowy Owl Foundation. Her motto is, “Where there’s a will, there’s a way.” 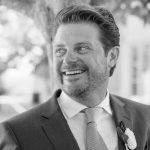 Aaron is a Louisville native who attended Kentucky Country Day School from kindergarten through high school. He earned his bachelor’s degree in Journalism from Indiana University Bloomington, and his Master of Teaching from the American University in Washington D.C.

In August 2014 he and a partner purchased the Louisville Eccentric Observer (LEO Weekly), Louisville’s free-weekly alternative newspaper. Since then he has served as executive editor of the paper, writing a weekly Editor’s Note focusing mostly on state and local politics, issues that affect Louisville and Kentucky, and other hot topics. In 2016 he and his partner acquired The Voice-Tribune, a weekly Louisville publication that has been around for nearly 70 years. The parent company of the two publications, Red Pin Media, also produces Churchill Downs, a semiannual publication for the Churchill Downs, as well as their partners and racetracks nationwide.

His passion for Louisville is clear from the stories and commentary in his weekly columns. He cares deeply about access to quality education, social justice and protecting the environment. (And is a major sucker for animals.)

He is the only child of John and Cathy Yarmuth. His dad serves as the U.S. Representative for Kentucky’s 3rd Congressional District since 2006. He also founded LEO Weekly in 1990, which he sold in 2003.

In June 2018 he married his wife, Sarah, who is from Oldham County and attended Manual High School. She’s an attorney at Louisville law firm Frost Brown Todd, and was previously domestic Jefferson County prosecutor as well as a family law attorney. 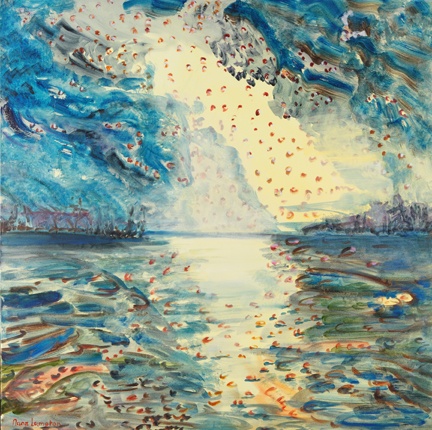